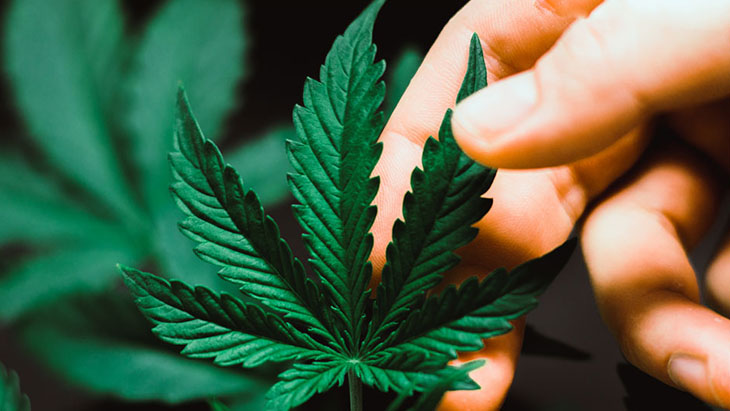 Governor Andrew Cuomo has included a plan to “regulate, restrict, and control” the responsible adult use of cannabis in New York, known as the Cannabis Regulation and Taxation Act (“CRTA”).

Seriously, New York is an absolute joke. For such a progressive state (well ok, I guess technically NYC is a progressive city surrounded by a totally conservative and backwards everything else) it sure seems impossible for anything to be done right, for the greater good. But behind it all is Cuomo who has to have his grimy corrupt hands in everything.

Yeah, he may be representing the state well on TV through COVID responses, but the state is a total shit show and if there's anything we learn from this pandemic when it eventually slows down, is that nothing will ever get better because of dirtbags like him who have to make everything about personal financial gain, under the table deals, and ultimately doing everything in his power to manipulate the general public into believing he's "doing the right thing."

The real right thing would be to fucking legalize it like every state east of New York already has (except CT), and focus on how to effectively monetize dispensary sales providing new jobs, bringing in tax dollars, and allowing for the use of something that is for all intents and purposes already legal. Also, home cultivation is a must with the times we're in, so that has to be part of it, period.

don't even get me started on their medical program, complete non-sense...
the 2020 legalization push is supposedly 'effectively over' for new york because of covid19...another year another failed promise

alphapinene said:
don't even get me started on their medical program, complete non-sense...
the 2020 legalization push is supposedly 'effectively over' for new york because of covid19...another year another failed promise

It has been reviled as one of, if not the WORST, implementations of medical marijuana programs in the entire country. Had a friend with stage 4 cancer with a medical card, he couldn't even travel to the closest place for his crappy pills, so just ended up buying junk from a neighbor, but his cancer progressed to his lungs and wasn't able to use that anymore.

And yep, it's done, as are pretty much any policy changes for the year. I think he admitted that any sessions were closed, for anything, and ok I guess that's fair and all but they could still pass some bills that would benefit people once this slows down. Imagine launching new weed businesses to boost the economy when things can get back on track? What a NOVEL idea